Comments at "Carrier Carries On"

Comments at "Carrier Carries On"


You’re equivocation on “moral sense” is evasive. Even worse you’re redefining *God* just to sing another Euthyphro melody. How is that (..per your melody...) “in” God it is the case that Reasoning “stuff/parts” interface(s) with Willing/Volition “stuff/parts” which then (Time? Tense?) interface(s) with Knowing (or some-thing-y) “stuff/parts” ? After all, given the Christian metaphysic — and not what you wish that metaphysic to be — none of that applies and — therefore — your Euthyphro melody is disharmonious — even flat.


"Either your will moves one way (or another) for a reason, or the will moves randomly toward one desire/reason-set. There's nothing internal to the will saying "act on A" or "act on B" since that would go back to determinism."

After all, given the Christian metaphysic — and not what you wish that metaphysic to be — none of that applies.

Perhaps you should start with "out" or "in" God, as in [A] God vs. [B] Stuff "in" God, then perhaps you can move to Eternalism / Presentism in that "chain-of-interfaces", and then move to those supposed "interfaces" of said "Parts/Stuff" as a sort of starting point.

Don't worry about any explanatory termini. Well, not yet, not now.


You STARTED by going on and on about Stuff/Parts and some bizarre sort of chain-of-events somehow "in" "God" and you (there, at the start) equated all of that to the Divine Mind, as in the Necessary Being. All of that is on your part far too sloppy and muddied.

Now, hundreds of words in, you're muddying up the waters by floating various concepts about contingent beings with respect to Mind & Reason and ..carrying.. on As If you are in fact discussing the SAME topic as you were at the start.

Why? It's dishonest if you're aware of it and simply uninformed if you're not aware that you are doing it. Or just self-deceptive.

Like Carrier you take [Not-A] and equate it to [A] and then go on about how the Christian's premise of [A] is incoherent.

E. Feser comments on a few basic criteria in the landscape of self-deception:


“….libertarian free will is incoherent…”

You were invited to justify that entire scene there “in” God and when the comments of others pressed on you what did you do? You equivocated in that you moved your lens off of the Divine Mind and onto the contingent mind.

On charity let’s assume that deep down what you meant to say by that shifting-of-lens is that the Contingent Being is not Free in the same sense as the Necessary Being and *therefore* …. First Cause…. Etc… etc….

Which is, again, foisting that [Non-A] equals [A] as you analyze the Christian’s claims about [A].
Counter R. again...

Self-Deception: The links I gave had nothing to do with what you went on about but about a rather specific situation in which Coyne & Co. (...and here Carrier and yourself etc...) are consistent in re-defining the Christian's proverbial "X" and then proceeding to opine about how incoherent the Christian's X is and all with a layer of self-talk which has obvious import.


"...Did he control what potential world was actualized? Did he control (either determine or choose) what is choice would be? This sparks up the regression fireworks... Within the next seven days, I plan on addressing the whole subject of explanations necessitating the outcome...."

And in 7 Days Counter Rebel is going to show us why and how that is the case.

Because Contingent Beings and the Necessary Being are.... the same...? ...different...?

This view assumes that whatever God wills he wills of necessity because he is the Necessary Being. But God's necessity pertains solely to the necessity of his existence and certain essential properties, since his essence and his existence are identical.

This view also arises from the belief that God's unchangeable eternity is identified with his own will and will act, such that if his will were otherwise he would be a different God.

But, as I said above and as St. Thomas also says, God's necessity pertains solely to those things that are essential to his nature, such as his own goodness. Thus, God wills his own goodness of necessity, while lesser goods are the object of his free choice, such as to create this world or some other world or no finite world at all.

It is true that God is eternal and unchangeable. But what the critics miss is that he is identical with his own eternal free choice, including the choice to create this world and no other. I find Christians have little trouble understanding this simple truth, while atheists find it a mortal stumbling block.

While it is true that God cannot change his will to create this specific world, it is, as St. Thomas points out, a suppositional necessity. That is to say, given that God chose to make this particular world, it is true that he must make this particular world. But nothing makes him have to have chosen as he did. (Note here the misunderstandings that can arise from our need to speak in tensed predication, while God is entirely outside of time in his eternal now in which all his activity is timeless.)

Suppositional necessity means no more than something like the fact that I have chosen to rob a bank means that I now necessarily am choosing to rob this bank -- but nothing makes me rob the bank in the first place. So, too, once God in timeless fashion chooses to create this world, it is true that he must choose to create this world -- simply a matter of the principle of identity.

Still, Christians easily grasp that God is his own eternal absolutely free choice and that whatever he chooses less than his own goodness can be chosen freely by him.

God remains absolutely free with respect to his having created and continuing to create this world.


“In response to Richard Carrier’s recent review of Edward Feser’s Five Proofs for the Existence of God, Dr. Smith presents his own observations…” – with a few other items added for context →

Sure. Okay. In that case well done.

Meanwhile, the Christian shrugs, sips a bit of coffee, and wonders what it is you’re going on about. 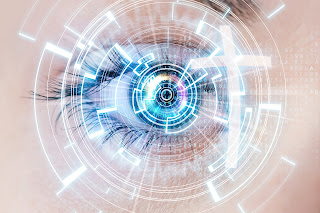