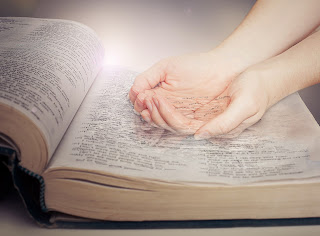 “[If] reason’s primordial orientation is indeed toward total intelligibility and perfect truth, then it is essentially a kind of ecstasy of the mind toward an end beyond the limits of nature. It is an impossibly extravagant appetite, a longing that can be sated only by a fullness that can never be reached in the world, but that ceaselessly opens up the world to consciousness..... To speak of God, however, as infinite consciousness, which is identical to infinite being, is to say that in Him the ecstasy of mind is also the perfect satiety of achieved knowledge, of perfect wisdom. God is both the knower and the known, infinite intelligence and infinite intelligibility. This is to say that, in Him, rational appetite is perfectly fulfilled, and consciousness perfectly possesses the end it desires. And this, of course, is perfect bliss.”

“[The] concept of being is one of power: the power of actuality, the capacity to affect or to be affected. To be is to act. This definition already implies that, in its fullness, being must also be consciousness, because the highest power to act — and hence the most unconditioned and unconstrained reality of being — is rational mind. Absolute being, therefore, must be absolute mind. Or, in simpler terms, the greater the degree of something’s actuality, the greater the degree of its consciousness, and so infinite actuality is necessarily infinite consciousness. That, at least, is one way of trying to describe another essential logical intuition that recurs in various forms throughout the great theistic metaphysical systems. It is the conviction that in God lies at once the deepest truth of mind and the most universal truth of existence, and that for this reason the world can truly be known by us. Whatever else one might call this vision of things, it is most certainly, in a very real sense, a kind of “total rationalism”.”

From David Bentley Hart, The Experience of God ~ Being, Consciousness, Bliss (bold added)