Consciousness And Emergence And Formation by David Bentley Hart 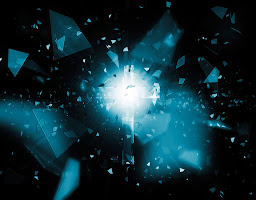 Mind||Self vis-à-vis Identity and Unity are looked at in the following excerpt from David Bentley Hart’s “Emergence & Formation” with respect to Reductive and Non-Reductive vectors.

An emergent reality is one that, though remaining ever dependent upon the native properties of the elements composing it, nevertheless possesses new characteristics that are wholly “irreducible” to those properties. But this is certainly false. At least, as a claim made solely about physical processes, organisms, and structures — in purely material terms — it cannot possibly be true. If nothing else, it is a claim strictly precluded by most modern scientific prejudice. From a genuinely “physicalist” perspective, there are no such things as emergent properties in this sense, discontinuous from the properties of the prior causes from which they arise; anything, in principle, must be reducible, by a series of “geometrical” steps, to the physical attributes of its ingredients.

Those who think otherwise are, in most cases, merely confusing irreducibility with identity. Smith, for instance, uses the example of water, which, though composed of the two very combustible elements hydrogen and oxygen, possesses the novel property of extinguishing fire; therefore, says Smith, water “is irreducible to that of which it is composed.” But it is nothing of the sort. Yes, water’s resistance to combustion is not identical with any property resident in either hydrogen or oxygen molecules, but it is most definitely reducible to those special molecular properties that, in a particular combination, cause hydrogen and oxygen to negate one another’s combustible propensities.

A seemingly more promising example adduced by Smith is that of a computer, which (he notes) is composed of silicon, metal, plastic, electrical impulses, and so on, but which possesses functions that are not present in any of its parts and that are qualitatively different from a mere aggregation of the properties of its parts in some sort of total sum.

Here, however, Smith compounds his earlier error by failing to notice that what distinguishes a computer’s powers from those individually possessed by its various elements is not any emergent property at all, but rather the causal influence of a creative intellect acting upon those elements from without. Taken as a purely physical phenomenon, nothing that a computer does — as distinct, that is, from what an intending mind does with a computer — is anything more than the mathematically predictable result of all its physical antecedents. At the purely material level, whatever is emergent is also reducible to that from which it emerges; otherwise, “emergence” is merely the name of some kind of magical transition between intrinsically disparate realities.

In any event, I have no great quarrel with Smith. In the end, he is quite correct that a computer is not reducible without remainder to its physical components. He is even more correct in arguing — as is the purpose of his book — that human personality is not reducible to purely physical forces and events. The problem with his argument is merely a matter of the conceptual model of causation that he has adopted. For, in the end, what reductionism fails to account for, and in fact fails even to see, is not the principle of emergence, but the reality of formal causality. In the case of the computer, for instance, its functions are more than the sum of the properties inherent in its physical constituents because a further, adventitiously informing causality, itself directed by a final causality, has assumed those physical constituents into a purposive structure that in no meaningful sense can be said to have emerged from them. (The captious physicalist, of course, would want at this point to assert that the mind and actions of the computer’s designer are themselves only physical events, and so the computer is still emergent from and reducible to a larger ensemble of material causes; but that is both beside the point and, as it happens, entirely wrong.)

Why is this distinction particularly important? Principally because it seems quite clear to me that there are realities in nature that are indeed irreducible to their physical basis, and that this fact renders materialism — or physicalism, or naturalism — wholly incredible. Existence itself, for what it is worth, is the prime example of an indubitable truth about the world that is irreducible to physical causes (since any physical causes there might be must already exist). But consciousness is perhaps an example more easily grasped. And, just to refresh our memories, we should recall how many logical difficulties a materialist reduction of mind entails.

The most commonly invoked is the problem of qualia, of that qualitative sense of “what it is like” that constitutes the immediate intuitive form of subjectivity, and that poses philosophical difficulties that even the tireless and tortuous bluster of a Daniel Dennett cannot entirely obscure. There is also the difficulty of abstract concepts, which become more dazzlingly difficult to explain the more deeply one considers how entirely they determine our conscious engagement with the world. And of course, there is the problem of reason: for to reason about something is to proceed from one premise or proposition or concept to another, in order ideally to arrive at some conclusion, and in a coherent sequence whose connections are determined by the semantic content of each of the steps taken; but, if nature is mere physical mechanism, all sequences of cause and effect must be determined entirely by the impersonal laws governing the material world. One neuronal event can cause another as a result of physical necessity, but certainly not as a result of logical  necessity; and the connections among the brain’s neurons cannot generate the symbolic and conceptual connections that compose an act of consecutive logic, because the brain’s neurons are connected organically and interact physically, not conceptually.

And then there is the transcendental unity of consciousness, which makes such intentional uses of reason possible and which poses far greater difficulties for the materialist than any mere neurological “binding problem.” Then, of course, there is perhaps the greatest difficulty of all, intentionality, what the great Franz Brentano regarded as the supreme “mark of the mental,” inseparable from every act of consciousness: the mind’s directedness, its “aboutness,” its capacity for meaning, by which it thinks, desires, believes, represents, wills, imagines, or otherwise orients itself toward a specific object, purpose, or end.

On the one hand, the mind knows nothing in a merely passive way, but always has an end or meaning toward which it is purposively directed, as toward a final cause; yet, on the other, there is absolutely no intentional reciprocity between the mind and the objects of its intentions (that is, thoughts can be directed toward things, but things, at least taken as purely material events, cannot be directed toward thoughts). Intentionality is finite and concerned with its objects under specific aspects, whereas material reality is merely an infinite catenation of accidental events; and so the specific content of the mind’s intentions must be determined by consciousness alone. One could never derive the specific meaning of a given physical event from the event itself, not even a brain event, because in itself it means nothing at all; even the most minute investigation of its physical constituents and instances could never yield the particular significance that the mind represents it as having. And so on.

Not that there is room here to argue these points. Nonetheless, there are very good reasons why the most consistent materialist philosophers of mind — when, that is, they are not attempting to get around these difficulties with nonsolutions like “epiphenomenalism” or incoherently fantastic solutions like “panpsychism” — have no choice in the end but to deny that such things as qualia or intentionality or even consciousness as such truly exist at all. The heroic absurdism that, in differing registers, constitutes the blazingly incandescent core of the thought of Daniel Dennett, Alex Rosenberg, Paul and Patricia Churchland, and other impeccable materialists of the same general kind follows from the recognition — not very philosophically sophisticated as a rule, but astute nonetheless — that consciousness can exist within the world of nature only if matter is susceptible of formation by a higher causality, one traditionally called “soul.” And the soul, as such a formal cause, is precisely that which cannot simply “emerge.”