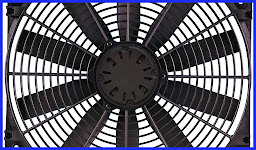 This sort of theory proposes that the meaning or intentional content of any particular mental state (a belief, desire, or whatever) derives from the role it plays within a system of mental states, all of which, as we’ve seen, seem logically interrelated in the manner briefly discussed in chapters 3 and 6, since to have any one mental state seems to require having a number of others along with it. The idea is that what gives the belief that Socrates is mortal the precise meaning it has is that it is entailed by other beliefs meaning that all men are mortal and that Socrates is a man, that together with a belief meaning that all mortals will eventually die it entails a belief meaning that Socrates will eventually die, and so on. If we think of beliefs, desires, and the like as a vast system of logically interconnected elements, the theory holds that each element in the system gets its meaning from having precisely the place in the system it has, by bearing exactly the logical and conceptual relations it bears to the other elements. (More precisely, it is the objects of beliefs, desires, and the like — sentences of Mentalese according to the CRTT, or, more generically and for those not necessarily committed to the CRTT, “mental representations” of some other, non-sentential sort — that bear meaning or intentional content. But for the sake of simplicity, we can ignore this qualification in what follows.)

There seems to be a serious problem with the conceptual role approach, namely that even if it is granted that mental states have the specific meaning or content they do only because of their relations to other mental states, this wouldn’t explain how mental states have any meaning at all in the first place. That a particular belief either implies other beliefs or is implied by them presupposes that it has some meaning or other: nothing that was completely meaningless could imply (or be implied by) anything. The very having of logical and conceptual relations assumes the prior existence of meaning, so that no appeal to logical and conceptual connections can (fully) account for meaning. Moreover, if belief A gets its content from its relations to beliefs B and C, and these get their content from their relations to beliefs D, E, and F, we seem destined to be led either in a circle or to an infinite regress.

Either way, no ultimate explanation of intentional content will have been given. To provide such an explanation thus inevitably requires an appeal to something outside the network, something which can impart meaning to the whole. John Searle, who endorses something like the conceptual role theory of meaning, acknowledges that logical and conceptual relations between mental states cannot be the whole story if circularity or infinite regress is to be avoided. He therefore postulates that the entire “Network” of intentional mental states (he capitalizes Network to signify its status as a technical term) rests on what he calls a “Background” of non-intentional capacities to interact with the world around us. We have, for example, such intentional mental states as the desire to have a beer and the belief that there is beer in the refrigerator, and these mental states do, in part, get the specific meaning they have via their relations to each other and to other mental states in the broader Network.

But ultimately these mental states, and the Network as a whole, function only against a Background of capacities, such as the capacity to move about the world of physical objects, pick them up, manipulate them, and so on. This capacity is not to be identified with the belief that there is a real external world of physical objects; for if it were such an intentional mental state, then it would have to get its meaning from other mental states, and thus couldn’t serve as part of the Background that ends the regress of mental states. The capacity in question is rather something unconscious and without intentionality, a way of acting rather than a way of thinking. One acts as if one had the belief in question, though one in fact does not. While this capacity could in principle become a conscious, intentional mental state — one could come to have the explicit belief that there is a real world of external physical objects that I can manipulate and move about within — this would mean that this particular capacity has moved out of the Background and into the Network, and now rests on some other unconscious, non-Intentional Background capacity or way of acting.

There is, in short, always some set of capacities or other that comprises the Background (even if it is not always the same set for different people, or even for the same person at different times), and these capacities serve to ground the Network of intentional mental states. There is much to be said for Searle’s hypothesis of the Background, but it seems that it cannot save the conceptual role theory, for to speak of a “non-intentional capacity for acting” is to speak ambiguously. Consider that when you act without the conscious belief that there is an external world of physical objects, but merely manifest a capacity to interact with the world of physical objects, your capacity isn’t non-intentional in the same sense that an electric fan’s capacity to interact with the world of physical objects is non-intentional. You behave “as if’ you had a conscious, intentional belief in a world of physical objects, but of course you don’t, because it typically never even occurs to you either to believe or doubt that there is such a world: you just interact with the world, period. The fan also behaves “as if” it believed there was a world of external physical objects (that it “wants” to cool down, say); but of course it doesn’t really have this belief (or any wants) at all. In the case of the fan, this is not because it just hasn’t occurred to the fan to think about whether there is such a world, for the fan isn’t capable of such thoughts; it is rather because, strictly speaking, the fan doesn’t really “act” or “behave” at all, as opposed to just making movements. And the reason we don’t regard it as acting or behaving in the same sense we do is precisely because it doesn’t have intentionality — it is a dumb, meaningless, hunk of steel and wires.

We on the other hand don’t merely make physical movements: the waving of your hand when your friend enters the room isn’t just a meaningless movement, but an action, the action of greeting your friend. If it were just a meaningless movement — the result of a seizure, say — we wouldn’t count it as an action at all; it wouldn’t in that case be something you do, but rather something that happened to you. The fan, however, is capable of making nothing but meaningless movements. For something genuinely to behave or act as we do requires that it does have intentionality — action and behavior of the sort we exhibit are themselves manifestations of intentionality, and thus presuppose it. But in that case, an appeal to a “capacity for action” cannot provide the ultimate explanation of intentionality. We need to know why our capacities for action are different from the mere capacities for movement that a fan exhibits. Merely noting, à la Searle’s Background hypothesis, that our capacities are non-intentional ways of acting cannot help, for that they are genuinely ways of acting is precisely what needs to be explained. Indeed, since they are ways of acting, they cannot be literally non-intentional, for if they were, they would no more be true ways of acting than are the capacities of an electrical fan. A capacity for action is, as a matter of conceptual necessity, an intentional capacity. In fairness to Searle, it isn’t clear that he intends his hypothesis of the Background to serve as a complete explanation of intentionality. His aim may be just to draw out some implications of the fact that mental states are logically and conceptually related to one another in a Network.

The point, though, is that his way of avoiding the circularity or regress that threaten any conceptual role theory cannot be appealed to in order to vindicate such a theory as a complete theory of meaning — and that it may even be incoherent, if Searle holds that the capacities and ways of acting that form the Background are literally devoid of intentionality.

The following is from "Conjuring Teleology" at https://edwardfeser.blogspot.com/2016/03/conjuring-teleology.html

“….Hence to write many paragraphs about the scientific banishment of teleology from everywhere else in nature while insisting that teleology is real in the case of human beings, and then casually to insinuate that the history of that banishment gives hope that someday a scientific explanation of the teleology of human consciousness will also be possible… to do that is something of a conjuring trick, a bit of sleight of hand….”